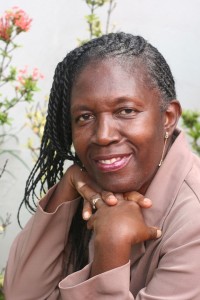 Medicaid is a program that is misunderstood by some people. Just about everyone has heard of the program, and they know that it is a health insurance program for people who have very limited financial capabilities.

People of all ages can potentially qualify for Medicaid as a source of health care insurance coverage.

Low income earners and those who are unemployed could qualify for Medicaid, but there is another facet to the program that many people are not aware of.

The Medicaid program will pay for long-term care for senior citizens. Living assistance is very expensive so this is an important program. About 70 percent of people who are receiving Social Security benefits will need living assistance before all is said and done, and many will reside in nursing homes.

In fact, 25 percent of people who are at least 85 are receiving nursing home care, and this figure is 50 percent for people 95 years of age and older.

How expensive is nursing home care? The exact amount will depend on the facility and the location, but let’s look at the figures for the places were we have offices.

In the greater Charlotte area, the median cost for a private room in a nursing home was $86,870 last year, and a four percent per year growth trajectory is expected over the next five years according to a survey.

We also have an office in Ashland, Kentucky. In the Huntington-Ashland-Ironton metropolitan area, the median annual charge for a private room was over $101,000 in 2015.

To recap, there is a reasonably good chance that you will require nursing home care at the end of your life, and the annual cost can reach the six figure mark right now. Since costs are rising year-by-year, the numbers can be much higher if you need nursing home care in 20 years.

Medicare will not help with the expenses, but Medicaid will step in if you can qualify. This is why Medicaid planning is relevant to senior citizens who were never actually poor during their lives.

What does Medicaid planning entail? Generally speaking, you have to take steps get certain assets out of your name so that you can stay within the asset limit that governs eligibility.

This asset limit is $2000 limit. That is certainly a tiny figure, but fortunately, some things don’t count.

Wedding and engagement rings are not countable, and if you have heirloom jewelry, it would not be counted. You can qualify for Medicaid if you are still in possession of your household goods and your personal belongings, and one vehicle that is used for transportation can be retained.

If you own a home it would not be a countable asset, but there is a $552,000 equity limit in 2016. There is no equity limit at all if a healthy spouse is remaining in the home.

The ability to retain home ownership is the good news. The bad news is that a Medicaid lien could be placed on the home if Medicaid pays for your nursing home care and your home is in your direct personal possession at the time of your passing.

While we are talking about the healthy spouse, the healthy spouse is entitled to a Community Spouse Resource Allowance. This allows a healthy spouse to retain ownership of half of the shared assets that would be considered to be countable. There is however a limit, and it stands at $119,220 in 2016.

At the same time, this does not mean that you cannot benefit from Medicaid planning if you are not in a position to make gifts five years ahead of time. We can usually help you preserve assets regardless of the situation.

We should also point out that direct giving is not the only option. It is possible to establish a Medicaid trust, which would be in an irrevocable trust established five years before applying for Medicaid.

Your loved ones would eventually inherit assets in the trust, but they would not count against you if you apply for Medicaid. Plus, you could receive income from the earnings of the trust while you are living independently.

Let’s Have a Conversation

© 2022 American Academy of Estate Planning Attorneys, Inc. THIS IS AN ADVERTISEMENT