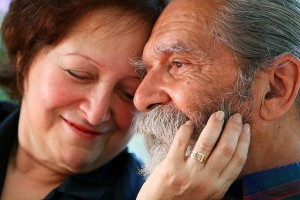 If you want to be truly prepared for the eventualities that you may face during the latter portion of your life, you should understand some facts about Alzheimer’s disease, dementia, guardianship, and long-term care costs.

In this post we will provide some clarity so that you can go forward in an informed manner.

You may think that 13 percent is not a particularly high percentage, but you have to drill down deeper to see the real picture. It becomes more and more likely that you will contract Alzheimer’s disease as you get older. A senior citizen is someone who is at least 65 years of age so the 13 percent figure includes people of this age.

Approximately 45 percent of people who have reached the age of 85 are suffering from Alzheimer’s disease.

During the last census the United States Census Bureau used the data that was compiled to provide some comparative statistics with regard to age groups. They found that the segment of the population that was between 85 and 94 grew faster than any other ten-year set between the years 2000 and 2010.

Alzheimer’s disease causes dementia. If you are suffering from an advanced form of dementia, you are probably not going to be able to handle your own financial affairs or medical decision-making. Under these circumstances, a guardianship proceeding could be required. Ultimately, the court could empower someone to act on your behalf.

To avoid a guardianship, you could execute durable powers of attorney. With these documents, you can name people of your own choosing to handle your affairs, and there would be no need for a guardianship.

Another Facet to Consider

Many people with Alzheimer’s disease are going to require long-term care. The costs associated with long-term care are exorbitant these days, and they have been rising steadily year-by-year. Nationally, the average charge for a year in a private room in a nursing home exceeds $90,000.

Before you shrug off the statistics because you will be qualified for Medicare as a senior citizen, you should understand that Medicare will not pay for long-term care. The program will pay for part of up to 100 days of convalescent care after a three day hospital stay, but it will not cover custodial care.

Medicaid is a government health insurance program that is jointly administered by the federal government along with each respective state. Medicaid will pay for long-term custodial care.

However, Medicaid is a need-based program. It is only available to people who have very limited financial resources. The upper countable asset limit in most states for an individual is just $2,000.

If you are a responsible person who is in a position to plan ahead for retirement, you will probably have assets in your possession that exceed this amount when you are a senior citizen. Yet, the majority of people in nursing homes are enrolled in the Medicaid program. How can this be?

For most people, they spend their money on nursing home care until they have nothing left.  Some people, though, anticipate the need for Medicaid coverage in the future so they engage in Medicaid planning. They may spend down or divest themselves of resources in advance of applying for Medicaid.

Timing is important because there is a five year look-back period. Medicaid evaluators will examine your financial dealings going back five years. If they find that you have given away assets within five years of submitting your application, you may be deemed ineligible.

Your eligibility will be delayed until you have served a penalty that is tied to the amount of your divestitures as they compare to the cost of long-term care in your state of residence.

Because of the look back, you should plan ahead if you want to be able to qualify for Medicaid at the ideal time. If you recognize early dementia symptoms, or if you see them in a loved one, a Medicaid spend down can be initiated.

We should point out the fact that you can still initiate a nursing home asset protection plan to control the damage even if you cannot satisfy the five year look-back.

To learn more about incapacity planning and other important estate planning topics, attend one of our upcoming seminars. There is no charge to attend our seminars, and you can visit our seminar schedule page to obtain details and registration information.

© 2022 American Academy of Estate Planning Attorneys, Inc. THIS IS AN ADVERTISEMENT